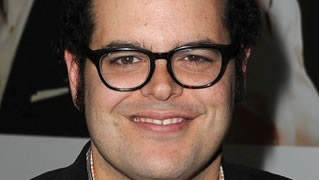 Exec Producer // Writer // Actor
For better or for worse, Josh Gad is one of founding members of The Lost Nomads and stars at the titular character GiGi in the Lost Nomads’ GiGi: Almost American for BBC America. Josh recently starred in The Wedding Ringer and Disney’s small, mild hit Frozen. You can catch him along side Billy Crystal in The Comedians on FX this April and in this summer’s Pixels with Adam Sandler and Peter Dinklage. He currently lives in the City of Angels in a small, cramped LA apartment, laboring away on the typewriter to produce the next great American comedy. 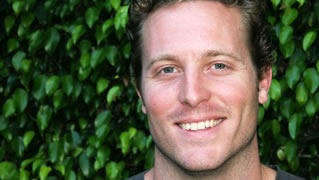 Exec Producer // Director // Writer
Award-winning filmmaker Ty Clancey and his company VictorHouse have shot and edited the entirety of the Lost Nomads collection. Born and raised in Cedar Rapids, Iowa, Ty honed his skills at SMU’s cinema school and the New York Film Academy. Ty has written and directed two kids sketch comedy shows for the G4 Network, “Say What” and “I Hate That Show!” and earned a lecture position teaching film direction at the Landlocked Film Festival. Recently Ty was the show runner and director for Disney XD’s “Marvel Mashup” and History Channel’s “Cryptid.” He won best director at the IFQ New Media Festival and the Prix du Jury at Marseilles Web Fest, both for the Nomads’ “Gigi: Almost American.” He judges comedy by height. 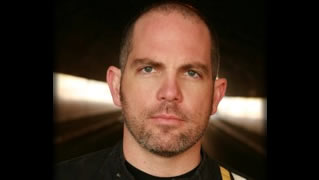 Exec Producer // Writer // Actor
Tyler is a graduate of UCLA School of Theater Film and Television, British American Drama Academy and The Second City. As well as writing and performing with The Lost Nomads, Tyler has: done quite a bit of regional theater, been published both online and in print, written for two children’s television shows, and written projects for FOX, BBC Worldwide, Marvel and Disney. He has also voiced the characters of Iron Man and Tony Stark in Disney XD’s “Marvel Mash-up,” hosted an extreme sports program for Fox Sports (Core Games), hosted an extreme auction show for History Channel (Real Deal), and created/produced an extreme annual three day theater festival for UCLA. He penned his first joke at age 5 which opened to mixed reviews, drawing critical acclaim from some (mainly his parents), but making one person violently ill. Scholars now believe that was due to a pairing of bad fish and a Quaalude and not comedic content as originally thought. His voice is currently being used to teach airline pilots how to fly for Allegiant Airlines sooo… happy flying. 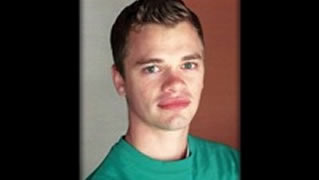 Exec Producer // Writer // Actor
Kevin Larsen grew up in Hillsoboro, Oregon. He attend two years of college at Carnegie Mellon University, and studied at the Groundlings Theater. Kevin has written for Marvel, Defy Media, BBC, Maker Studios, Be Productions, Disney, Fox, and Victor House. Both his brother and wife are way more talented then he is, anyone who has seen those two perform knows this to be a fact. Kevin strives on mediocracy, and looks forward to continuing to work with that level of effort for many years to come. 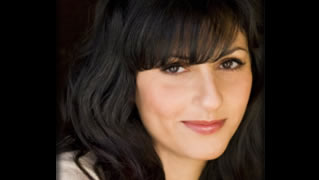 Exec Producer // Actress // Producer
Ida carries the Nomads on her back, acting as producer, director, actor, and even financer…sometimes getting the money with less-than-reputable means. Outside the Lost Nomads, her accomplishments include small-screen roles on Californication, 11th Hour, and that show with lawyers starring Zach from Saved By The Bell. She’s also made the jump to the silver screen in The Astronaut Farmer, She Wants Me, and that 1998 indie film that was banned from Blockbuster stores (remember those?) for gratuitous and constant nudity. As a producer, Ida founded the Actor’s Lounge in Los Angeles, a monthly open mic for aspiring and established actors. She is also a founding member of The Lost Nomads. You can catch Ida in her latest projects, including the stage play “The Milk Meetings” in Los Angeles and Ron Howard’s new film Inferno, based on the Bible Dan Brown book.
Visit us on Social Media!